Statement from Chief of Police on Body Worn Cameras

Body worn cameras are essential to transparency and accountability. I am certain they will simply reaffirm that our officers are conducting themselves in a positive, professional manner at all times. - Christopher Battiloro, Chief of Police

The Axon II body worn camera will be worn attached to the upper chest area of each officer's outermost uniform garment. It will be used in conjunction with the Axon Fleet 2 mobile video recording system, which has been installed in every patrol vehicle primarily used for traffic stops.

Body worn cameras memorialize important information by recording critical incidents and events. Officers are required to activate their body worn cameras when conducting enforcement and investigative actions, such as when making an arrest, issuing a summons, conducting a search or stopping a person on the street in the course of an investigation.

All uniformed patrol officers and field supervisors have received training related to the operation of these devices. They will be utilized in accordance with New Jersey Attorney General Law Enforcement Directive Number 2015-1 and Westfield Police Department Standard Operating Procedure.

The Westfield Police Department is fully committed to providing the highest level of service to the Town of Westfield. The acquisition and deployment of body worn cameras demonstrate not only a commitment to the people it serves but also to the officers it employs, who day in and day out serve their community with honor, integrity, and pride.

The cost of the body worn cameras was funded in large part with asset forfeiture monies from the Westfield Police Department's Municipal Law Enforcement Trust Fund, as well as with monies provided by the Union County Prosecutor's Office.

The photographs depict what the Axon II body worn camera looks like and how it will be worn by the uniformed patrol officers and supervisors. Its placement may vary slightly by officer. 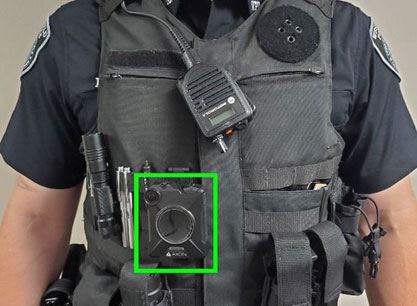